I had my first beer around the age of two or three years old. I believe it was Budweiser and my dad had set his down and I asked if I could have a sip. Knowing full well that I wouldn’t like it, my dad said yes and as he correctly predicted, it was the nastiest thing I’d ever tasted in my life. 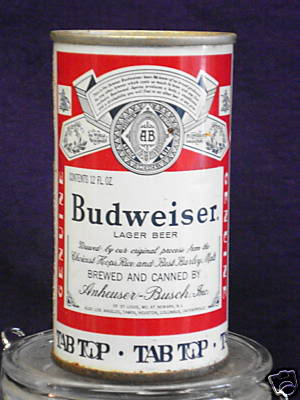 Not what I’d call a quality beer.

I didn’t try beer again until sometime when I was a teenager. My friend Andrew’s family lived in an old house that previous tenants had passed away in. In the barn, we found all sorts of cool stuff. One of those cool things we found was a can of beer that was dated somewhere between the 1930s and 1940s. Wow, what a cool gem this was. It was still perfectly sealed and everything. Had we been smart and not stupid teenagers, we would’ve tried to see it for a pretty penny. Instead, being stupid teenagers, we had other ideas.

“Hey,” said Andrew. “I heard beer gets better with age.”

Well, that was all the motivation I needed. We popped that can open and each took some big swigs of that over half a century old beer.

Beer does not get better with age. That’s wine. Beer, in fact, gets worse with age.

There’s a reason all beers now have an “enjoy by” date on them.

Disappointed with our find, I didn’t drink beer for quite some time again after that deeming beer to just flat out be nasty.

When I was fifteen, my family was entertaining for some guests. There were mixed drinks to be had and I saw that my family was using rum. I casually asked my second father (my first one passed away) if I could have a shot. Though I don’t think he ever met my birth father, he apparently had the same thinking. Knowing full will that I would not like this unmixed, he gave me a shot with no mix or chaser. Well, that shot of rum burned going down and I ran to the bathroom for water to get the nasty taste out of my mouth. It wasn’t until sometime later that rum could be a tolerable experience with some Coca-Cola. Live and learn as they say.

When I got my first apartment, the previous tenants had left a Budweiser in the fridge. Yep, still nasty as I had remembered. For a while after that I simply stuck to rum and wine coolers. You know the stuff, Smirnoff Ice and Bacardi Silver. Yes, there is much shame admitting that. Then, after I had turned twenty-one, my uncle offered me a Sam Adams Light. I was impressed. It didn’t taste like crap. In fact, it tasted good. Shortly after that I tried a Boston Lager and fell in love. I learned that beer didn’t have to be nasty or an acquired taste. It could in fact be quite delicious.

Turns out Samuel Adams always really is a good decision.

From that single Sam Adams, my pallet expanded immensely. I learned there was a whole world of amazing flavors out there. A local pub served a solid black stout every winter called the Viking Plunder that was 11.5% alcohol. It was amazing. Sadly, the brewery that made it no longer exists.

Some years after drinking beer exclusively, my friend and I saw some Smirnoff Ice in the store and we decided to grab some for old times. Oh it was so damn sweet. How did we ever drink that to begin with?

My pallet has refined itself quite a lot over the years. I consider myself an IPA man, the more hops, the better. And I love a whiskey on the rocks. Whenever I’m in a new town, I always try to sample the local flavor, but if I can’t find something new or just need something classic, I always go back to that Samuel Adams Boston Lager. When it comes to beer, that was my first love. I love my IPAs (especially from Stone), but a Boston Lager is the perfect any beer. Always perfect for whatever the occasion. Cheers.

My little brother was only a few months old, so that means I was eight and in the second grade. Mary, my babysitter and best friend’s mom had a film crew over that day to film a commercial for her daycare. They were recording us throughout the day to get good shots for the commercial. Mary had the incredible task of caring for a large group of children while carrying my little brother around and filming a commercial all at the same time. I got special mention in the commercial as I was the first kid she took care of which started the whole daycare thing. If you think I didn’t use that special mention to my fullest potential, then you’ve got another thing coming.

Mary had a small bar in the kitchen surrounded by stools. It was snack time and kids were running round with their sugar biscuits having the fun that only small children can have with a sugar biscuit. Me, I was just calmly sitting at the bar drinking my cup of apple juice and minding my own business. This being a fairly quiet part of the room, Mary had brought the camera crew over do some talking about the daycare. She was holding my little brother and said something to the effect of, “This is Brad’s little brother. Now Brad was the first child I took care of.” Those weren’t the exact words, but that was the basic gist of it.

Anyhow, as the camera panned down to me, I turned and looked right into the camera. With a big confident smile, I raised my clear plastic cup full of a golden-yellow apple juice high above my head and proudly proclaimed, “I’m drinkin’ Beer!”

I believe Mary choked on the air. Incredibly, she did not drop my little brother.

Anyhow, the rest of the commercial was filmed throughout the day and I believe they wisely kept me away from the camera if I recall correctly. My grand scene did not make the final cut that aired on TV, but I do believe that Mary does have an unedited copy of it somewhere. I should see if I can get a hold of that.